Drones Will Reduce Agrochemical Use by 45% 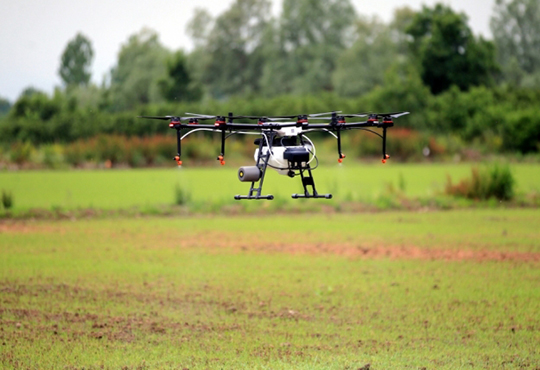 TARNET will reduce pesticide use, which costs more than 800 million dollar, by 45 percent by using drones. ZİHA (Agricultural Unmanned Aerial Vehicle) will be used for seeding and fertilizer dressing in the later stages of the project. The first product selected for the pilot scheme was paddy, which will be followed by maize and cotton.

Paddy is cultivated on an area of 120 thousand hectares and approximately, 150 million Turkish lira is spent on agrochemicals for paddy cultivation every year. As a result of the R&D studies conducted by TARNET, it is expected that input costs and product losses will drop dramatically. Applying agrochemicals on paddy with drones will save 70 million Turkish lira annually. It will also prevent product loss by 15 percent which is normally caused by the wheeled vehicles used for applying pesticide and fertilizer.

The service will be provided free of charge to the farmers who buy agrochemicals at Agricultural Credit Cooperatives.

Copyright © 2020 All Rights Reserved By Agricultural Credit Cooperatives of Turkey.